Mera Kathryn Corlett has been a resident of District 18 for twenty-six years. She spent her childhood living two streets over from Alex R. Kennedy Elementary and her adolescent years next to Des Pres Park. Her grandfather owned a business in the Oxmoor area and lived in Hurstbourne. She grew up trick-or-treating in those neighborhoods and going door-to-door collecting for the Crusade for Children. Mera Kathryn is looking forward to reconnecting with her neighbors in a new role. She, her husband Kartik, and their dog, Mynx reside in Lyndon.

Mera Kathryn attended Presentation Academy. There, she served as President of the Student Council and spent time volunteering with the Miracle Dancers, a troupe of dancers with special needs. She earned a Bachelors of Arts degree from Hanover College, majoring in Theatre and Theological Studies. Upon graduating with honors, Mera Kathryn received the Henry C. Long Citation for Scholarship and General Excellence, an award presented by the President of Hanover College to the Most Outstanding Female Graduate. 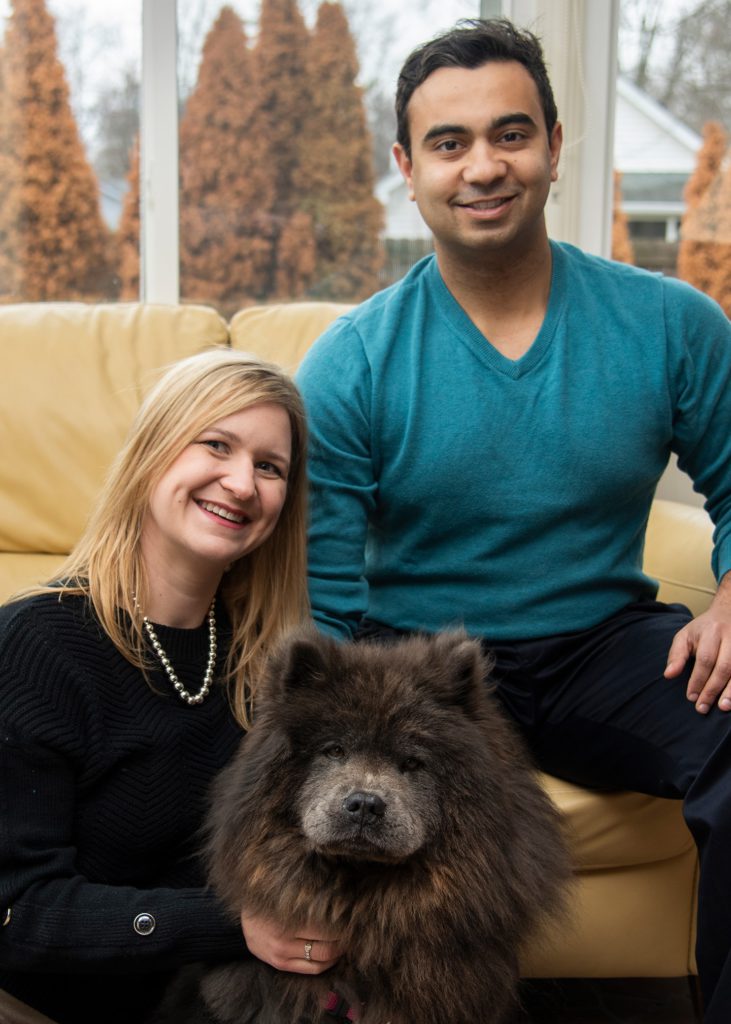 Mera Kathryn grew up in a house divided: her mom a Democrat, her dad a Republican. As you can imagine, dinner conversation was often lively and full of (mostly) friendly debate. Growing up this way, nurtured development of her own worldview, promoted healthy dialogue, and taught her the importance of welcoming and respecting various opinions.

Reverend Mera Cossey Corlett, Mera Kathryn’s mother, worked in state government at Central State Hospital. When budget cuts threatened to affect patient programming, Mera Kathryn joined her mom at work as a volunteer. These experiences developed within her the desire to improve life for those who are marginalized and vulnerable. Mera Kathryn’s father, Kevin worked in the financial industry. He taught his daughter a strong work ethic and the importance of investing wisely for sustainable growth.

When he was eight, Mera Kathryn’s husband, Kartik moved with his family from India to Louisville. He became naturalized as an American citizen when he was eighteen and embodies the American Dream as a successful small business owner who employs over 20 local workers. Recognizing their combined desire to enhance lives in our city, Mayor Greg Fischer surprised them with an honorary citation on their wedding day.

Mynx, their blue Chow Chow, was rescued from a shelter just days before she was scheduled to be euthanized. Mynx loves squirrels and long walks in the neighborhood. But she particularly loves the parks in and around her home.

Mera Kathryn has spent her entire professional career serving the city of Louisville. In her work with Commonwealth Theatre Center (formerly Blue Apple Players), she has visited EVERY JCPS elementary school as well as multiple secondary, early childhood, behavioral, private, and parochial schools in the city. This has allowed her to explore new opportunities to see this city’s most pressing needs and build successful partnerships throughout our diverse community. Mera Kathryn has collaborated with services such as Louisville Metro Police Department, Louisville Public Media, Community Coordinated Child Care, and Family & Children’s Place.

As your elected Justice of the Peace for Louisville’s East End, Mera Kathryn has been honored to participate in some of the most important moments in people’s lives. This vocational avenue has inspired further dedication to public service and has shown her the unique impact local government has in a community.